The Hunt for the genetic links to Multiple Sclerosis is confusing. But in simple English, whilst Beanz meanz Heinz, Jeanz meanz who you are!

Your genetic code, which is found in essentially every cell in the body, defines who you are. Half of this code comes from your Mum and half from your Dad. This code is in your DNA and contains has about 30,000 genes and this is called the genome. This zip-like structure is unzipped to reveal the gene. The gene is made of a sequence of nucleiotide "zipper teeth" (often many thousands of zipper teeth). To date, variants of about 50-100 of these 30,000 genes have been shown to increase your risk of developing MS.

How do the genes influence the development of MS?

The translation of the genes into making proteins and how these proteins function it central to this effect. The codes from three zipper teeth in the gene are read and tell the cell to make an amino acid. These are building blocks (bricks) of life. There are about twenty different amino acids and these are joined (about 300-2000) to make proteins. 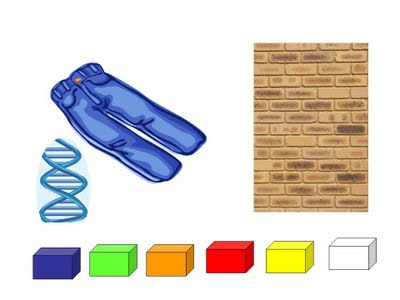 The amino Acids (bricks) are joined together according to the information given by the genes to make proteins, These are an essential part of of the building fabric of our bodies (Buildings). These proteins can be simple or highly complex (a house a bridge can be all made out of bricks) . 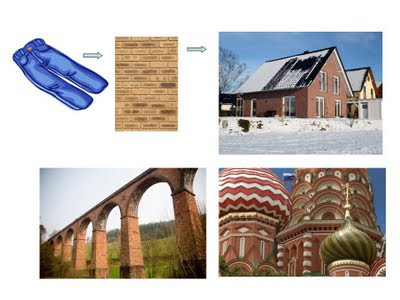 The structure of these proteins (walls) often determines the function of the protein. They can do many different things (e.g. below is a wall for playing football or a climbing wall). 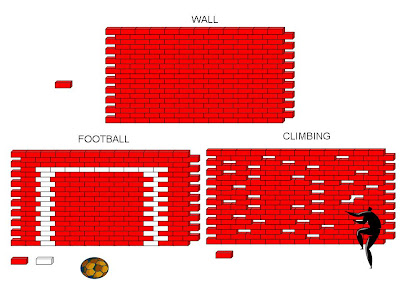 However, the protiens (walls) may not be identical between different people and this gives variation. Therefore, some people have blue eyes, others brown others green eyes. This is because they have different variants of the genes, which encodes a slightly different amino acid sequence, which makes a slightly different protein. Some of these variatons appear to be of little consequence. But this variation ( seen below as easy climbing verse hard climbing) allows us to adapt better to where we live. Some people have long eyelashes, others have short eyelashes, but in a sandy dessert there is an advantage to having long eyelashes which keeps sand out of your eyes. In a climate with little sunlight it helps to have a fair skin so that you can make more vitamin D than highly pigmeneted skin. 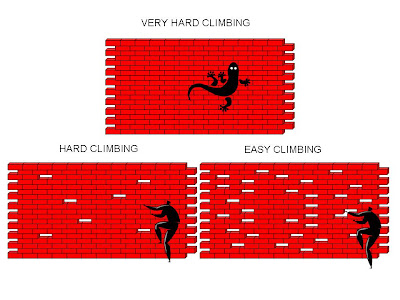 One set of genes in a place called the Major Histocompatibility Complex are very variable between different individuals (walls of flags). This is used by CSI (Crime Scene Investigation) and the Poeleece to DNA fingerprint you!. So we can call them Identity Proteins (there are six major ones and a numer of others), cos it tells us who you are. The chances of you having an identical match to someone else, you are not related to is very slim and because of this, it is difficult to get a match for an organ transplant. 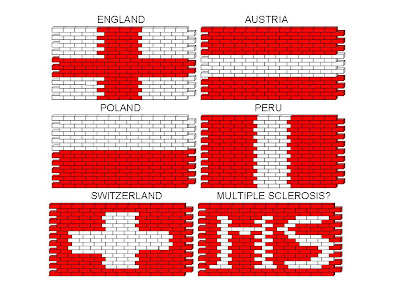 The above flags were made out of red and white bricks there are many more, now add a blue brick and see how many more flags you can make. This can give a clue how varied the major histocomplatibility complex can be


This set of genes is very variable because it is designed to allow your white blood cells to determine who you are and distinguish who you are not. Your white blood cells are trained to recognise our own major histocompatibility complex proteins (flags on your own cells). This flag allows them to distinguish your own cells from unwelcome guests such as viruses, bacteria, fungi, parasites and even cancers. However one of these variants, which is common in Northern Europeans is associated with an increased risk of MS. This is because it helps to trick the white blood cells to either recognise something it should not recognise or miss something is should not miss. Animals studies suggest the former occurs, such that the white blood cells attacks the myelin-producing oligodendrocyte as if it were a virus/bacteria. This is the beginning of MS.