Many of you will remember the X files and the heroics of Mulder and Scully. In addition to entertainment, it gave us a new saying in the lab "Doing a Scully".
This is for anyone with the gift of the gab who we thought was bulls***ting. Agent Scully would use a lot of long scientific sounding words that sounded great, but if you actually knew what she was talking about, it was all a load of rubbish.

Well today I recieved a circular from a Team G Special Agent about a new wonder treatment that revolved around eating a pill of cow brains (bovine myelin) coupled with the Goji (wolf) Berry (Lycium barbarum) or Agaricus bisporus mushrooms.

The reason why it worked in animals was because "animals were producing alot of a missing factor CD80/CD86". This research was best explained by a Top, National Institutes of Health, USA (NIH) Boffin who said T cells (white blood cells) need two factors for full activation. (1) a peptide such as myelin basic protein and (2) a second signal CD80 (B7-1)or CD86 (B7-2) required for full activation....then blah, blah blah. Without the second factor the cell becomes in-activated.

OK. I think the last few sentances above from the NIH boffin is the accepted view. Signal one is the protein and signal 2 is known as co-stimulation. This leads to white blood cell activation.

Now the twist, the peddler believes "CD80/CD86 is missing" . They indicate that effective treatment needs a myelin pill and the herbs to INCREASE the CD80. Now, you don't have to be a rocket scientist to see a problem here, which is just as well as I'm not a rocket scientist,. If you read the sentances above you need to REDUCE not INCREASE the CD80/CD86 to turn the white blood cell off. So you can see this is already a fatally-floored(rubbish) logic.

However, let's go further. Oral Tolerance was a concept that was developed at the turn of the centurary to explain why we may not be allergic to the proteins in food that we eat. This then was developed as a concept for the treatment of autoimmunity by a couple of Neuros from Harvard in Boston/Cambridge, USA in the 1990's.

The first thing to say is that feeding cow myelin to assess oral tolerance was tested in a phase III double-blind, placebo controlled trial in a large number of MSers and the fact is IT DID NOT WORK and IT DID NOT STOP MS. (They should have been made to publish this.) Likewise the approach was tried in an number of other autoimmune disease and the approach did not work.

So either is MS not an autoimmune disease against myelin (some would agree that MS is not autoimmunity but some would say there are very plausible data to say myelin is not the main target for autoimmunity) or there is another possible explanation.
It is easy to stop an immune response from being generated in the first place but much more difficult to stop autoimmune disease once it has started.

This is one possibility, another is dose.... as the animals were fed very large doses compared to what a human who is about 3-4 thousand times larger would get. If you give enough water to animals it can inhibit disease. So in the trials "like was not compared with like".

THEREFORE there is no evidence that ORAL TOLERANCE WORKS IN MS

Now with regard CD80. As mentioned above stimulating CD80 whilst giving antigen would be expected to cause a white blood cell response rather than stop it . This would be expected to make disease worse. Therefore augmenetning CD80 is the opposite thing to do! This is stimulated by its counter-molecule CD28. Now, you may rember CD28-directed drugs that caused the "elephant head" (Heads swelled) cases where healthy voluntered got a drug that stimulated via CD28/CD80-CD86 and caused white blood cells to go crazy. There was a storm of cytokines (proteins make by white blood cells) produced by this treament causing the blood system to shut down and some of the individuals lost their fingers and toes to gangrene.

Now I am not saying anything about the herbs, cause I know nothing about them, but one of them is the common or garden mushroom from your local supermarket... so think about this...... as there is no logic to the story. 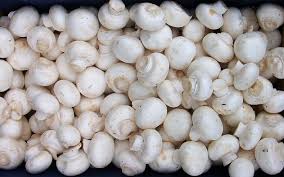 Now the person claims that "Lux Research a division of Lux Health Resources has done the research & are successful in trials".

I am not aware of any trials let alone successful trials and a search on the company is not that enlightening. We can all read big words, but it helps to digest them so that you really understand what is being said. Should MSers be flocking to a supermarket to get a punnet of mushrooms or an internet site with a therapeutic sounding, Latin name at 5 times the price?.

PLEASE THINK VERY CAREFULLY ABOUT FOLLOWING INTERNET CURES. HOPEFULLY IN THE WORSE CASE SCENARIO YOU WILL JUST BE OUT OF POCKET..........BUT IT COULD BE YOUR HEALTH.

GET TREATMENTS FROM NEUROS AND DOCS NOT THE POSTMAN!!!!