Initially it was thought that Th1 cells are involved in the generation of autoimmunity, whilst Th2 cells were responsible for the development of allergy. These were thought to cross regulate each other so Th1 responses could down regulate Th2 responses and Th2 responses could down regulate Th1 response. This balance of Th1 verses Th2 cells became the dogmatic mechanism for the control of many autoimmune responses such that if you generated a Th2 response it would stop autoimmunity. However now dogma suggests that it is not Th1 that is important but Th17 cells, which have been shown in animals that these convert to Th1 like cells. 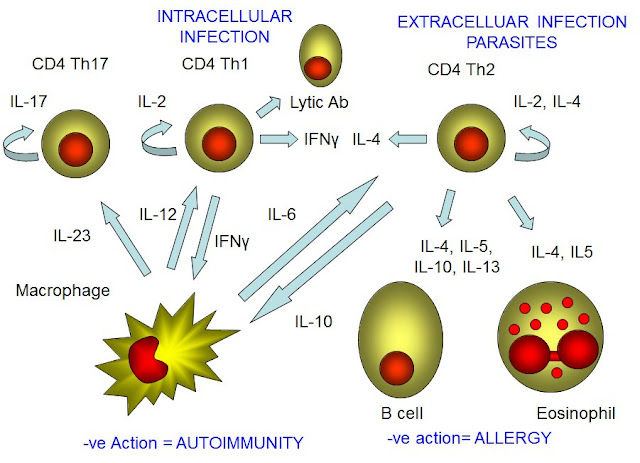 Many Immunologist think that if you can skew the immune response towards a Th2 response that you will block the development of autoimmunity.

This is a major dogma and most papers aim to do this. I think that this perhaps too simplistic for the reality and an exisiting immune response may not behave the same way as an immune response that is generating and human cells do not polarise quite as much as can be seen in mice.