Are you pregnant or planning to fall pregnant?

Background:  Month of birth has previously been described as a risk factor for MS. This has been hypothesised to be related to maternal vitamin D levels during pregnancy, although conclusive evidence to support this is lacking. To date, no large studies of latitudinal variation in the month of birth effect have been performed to advance this hypothesis.

Conclusions: Month of birth has a significant effect on subsequent MS risk. This is likely to be due to ultraviolet light exposure and maternal vitamin D levels, as demonstrated by the relationship between risk and latitude. 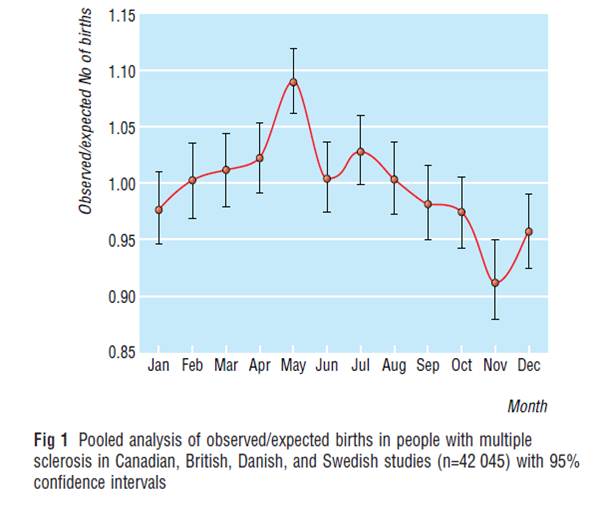 "If you are pregnant or planning to fall pregnant you need to make sure you are vitamin D replete. This may lower the chances of your child getting MS and other autoimmune diseases. My recommendation for pregnancy is 10,000U vD3 per day; this is double my recommendation of 5,000U per day for adults."

What the press have to say:
Other related posts of interest on this blog:

CoI: This work was done in our group.