Max Faulkner: an introductory sketch of the NHS

An Introductory Sketch; Where we have been and where we are now. 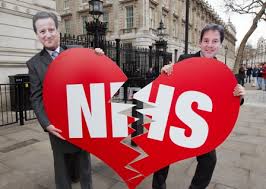 It would seem that 70 years after the induction of the National Health Service its unique position as a public service that is almost entirely taken for granted is unwavering. Indeed people seem blissfully unaware or they think it beyond the realms of possibility that the NHS could ever be dismantled by a combination of capitalist incentives and de-funding. Recent figures suggest that inflation alone will reduce the amount of spending per person by 9 percent. Whilst Hugh Gaitskill's neo-liberal proposition that the NHS should charge for spectacles has been extended into a multiplicity of different forms.

And yes, the NHS should not be taken for granted. It is a product of the left and somewhat anomalous in its historical context. Bevan described it in the 40’s as a ‘real piece of socialism’. There aren't very many ‘real pieces of socialism’ anywhere in the world at the moment. To enter into a debate about the NHS requires understanding that it had to be fought for by the Atlee cabinet, and that the battle was conducted during a period of austerity. It requires an understanding of the ideological parameters of Conservatism and that whatever Cameron, Lansley and now Hunt might like to tell you, they are fundamentally at odds with the universal distribution of health.

I couldn’t help but notice that Jeremy Hunt was wearing an NHS badge during Prime Ministers questions on wednesday. This seeming contradiction needs explication. I am prepared to believe that Hunt really does want to see the NHS survive. Yet he would rather see it destroyed than have its original premises maintained. What Hunt wants is a neo-liberal Health Service. One in which private prescribing is a minor facet of a Corporate driven Health cartel. Where profit reigns supreme over potentially vulnerable patients.

Meanwhile, the 75 MPs with apparent direct financial entanglement in the private health care industry makes a mockery of what is left of Parliamentary democracy, amidst the dark mutterings of harmonization, and ever closer union.  Lansley’s wife (Sally Low) runs a company (Lowassociates) whose stated selling point is ‘the connection between the public and private sectors’. The politics of chutzpah doesn't work if people know about it.

Which brings me to the media, the BBC and other court flatterers. So deeply immersed in the Commissar culture that they are seemingly unable to raise awareness of this issue. Lansley's conflicts of interest, which extend beyond his wife’s inconveniently scandalous positioning, include his submission to hedge fund king John Nash, Conservative party donor and health care magnate have been highlighted by the BBC once. This is all in spite of the blatantly illegitimate spectacle of 61 Conservative MPS voting on the Health and Social care act whilst lining their pockets and amending their fiscal predictions.