Jean Cruveilhier was an eminent Parisian anatomist who also described the pathology of MS lesions.

Cruveilhier and Robert Carswell worked independently, with their illustrations appearing almost simultaneously.
Cruveilhier's contribution to the field goes beyond his description of its pathology; he was the first to record the clinical history of a patient later found to have neuronal lesions.
His notes recall that the woman: "had been ill six years without cause … she noticed that the left leg resisted her will to such a degree that she fell in the street"
Cruveilhier then went on to describe how over several years, the patient went onto to develop weakness of both legs and arms, spasms, difficulty in swallowing and visual disturbances. From this he diagnosed a lesion of the upper portion of the spinal cord. 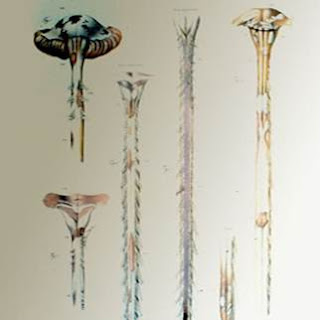