Research: MS in the US military Again.


BACKGROUND: The comprehensive longitudinal medical records of the U.S. Armed Forces provide a valuable tool to study the epidemiology of multiple sclerosis (MS) in persons from a diverse demography.

OBJECTIVE: This study's objectives were to estimate the frequencies, incidence rates (IRs), trends, and correlates of MS among active component U.S. military members from 2000 to 2009.


METHODS: An International Classification of Diseases, 9th Revision, code algorithm was used to identify MS cases from the Defense Medical Surveillance System database. IRs were determined by dividing the number of cases of MS by the total person-time of the active component during each year.


CONCLUSIONS: This investigation is the first longitudinal study of MS incidence in U.S. Armed Forces personnel. The study demonstrates higher IRs than seen in other populations and reveals a novel pattern of MS incidence by race. 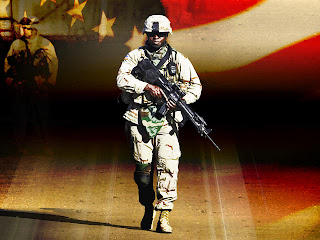 The American Military is an amazing source of information about MS because of their records and also because they can have blood samples following recruitment, which can be a excellent repository to go back once the person has developed MS. In this study it is clear that the black white ratio of MS has changed such that it now predominates in black American soldiers verses white American military personnel. However, this study shows the problem of saying this is the "first" this or the "first" that, as some form of one-up-man-ship when scientists try to hood wink the referee of the paper that the content is novel and important. We reported on this very issue just a few weeks ago (so this study is not the first) with another group who reported on the occurrence of MS in USA military personnel. The two data sets were not quite the same but there will be overlap as no doubt the same people are included in both studies. The initial study reported that there was a predominance of black soldiers with MS 12.1 per 100,000 (black) verses 9.3 per 100,000 (white). In this current study the rate was 18.3 per 100,000 (black) and 12.5 per 100,000 (white).

The place of birth effect (preponderance for more Msers from the North verses the South USA) and month of birth effect (higher in May than November) was not evident. The place of Birth effect had been noticed previously in military personnel but there maybe a trend for such gradients to be disappearing  and maybe be more from Team G on that in the future .