RESULTS: Combination IFN + GA was not superior to the better of the single agents (GA) in risk of relapse. Both the combination therapy and GA were significantly better than IFN in reducing the risk of relapse. The Combination was not better than either agent alone in lessening confirmed EDSS progression or change in MSFC over 36 months. The combination was superior to either agent alone in reducing new lesion activity and accumulation of total lesion volumes. In a post hoc analysis, combination therapy resulted in a higher proportion of participants attaining disease activity free status (DAFS) compared to either single arm; driven by the MRI results.

INTERPRETATION: Combining the two most commonly prescribed therapies for MS did not produce a significant clinical benefit over three years. An effect was seen on some MRI metrics. In a test of comparative efficacy, GA was superior to IFN in reducing the risk of exacerbation. The extension phase for CombiRx will address if the observed differences in MRI and DAFS findings predict later clinical differences. 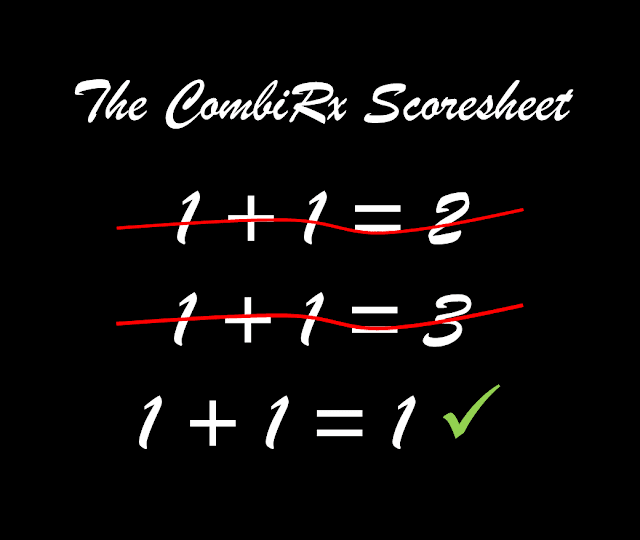 Combining beta interferon with glatiramer acetate (Copaxone) does not appear to add any benefit over either one alone. This is sort of disturbing because if they really have different mechanisms as could be inferred, you would have hoped that they would have some additive effect, but apparently not so.