Survey results on MS as a dementing illness. #MSBlog #MSResearch

"Next to my posts on CCSVI the 'Rebranding MS a Dementia' post caused quite a stir in the blogosphere. It is clear from the comments in relation to this post that MSers don't want to labeled as having a dementia. This is contrary to the results of the survey that was linked to the post, which acknowledges that MS is a dementing illness and, not surprisingly MSers want early effective DMTs to prevent cognitive impairment or dementia."

"Almost all neurology textbooks list MS as a cause of dementia so the concept of MS as a dementing illness is not new."

"My motivation for stirring up this hornet's nest was succinctly summed up by one of the anonymous comments."

I think you are both missing the point of the argument. Prof G is simply stating that people are ignoring the fact that MS is a dementing illness that is treatable. If we acknowledge this fact he, and others, can then use it to justify early treatment. Delaying treatment increases your chance of becoming demented. As awful and scary as it sounds if this is the case we cannot ignore it.

"This issue clearly needs more explanation. Therefore, I will be hosting our first MS Research Webinar next month on this topic. In the webinar I will explain my thinking and motivation behind the proposed rebranding exercise." 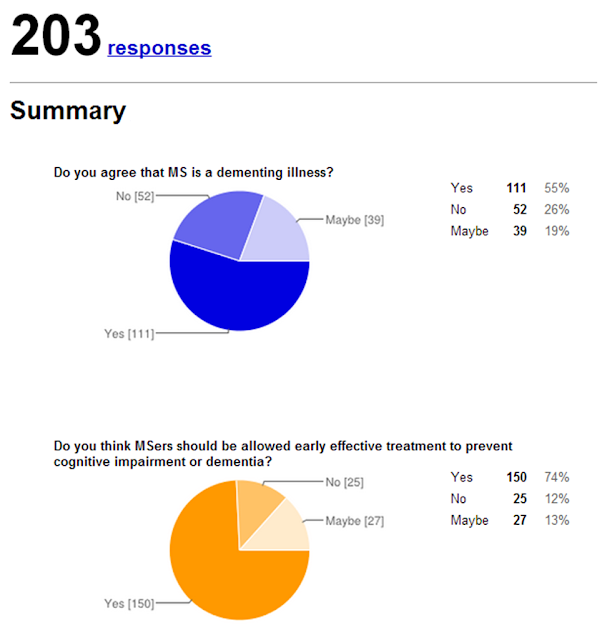