VBM = Voxel based morphometry (VBM) is a neuroimaging analysis technique that allows investigation of focal differences in brain anatomy, using a statistical approach. In traditional morphometry, volume of the whole brain or its subparts is measured by drawing regions of interest (ROIs) on images from brain scanning and calculating the volume enclosed. However, this is time consuming and can only provide measures of rather large areas. Smaller differences in volume may be overlooked. VBM registers every brain to a template, which gets rid of most of the large differences in brain anatomy among people. Then the brain images are smoothed so that each voxel represents the average of itself and its neighbors. Finally, the image volume is compared across brains at every voxel. 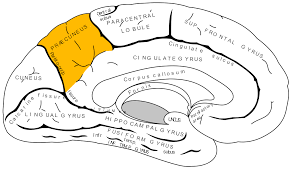 CONCLUSION: These results suggested a direct association of disability progression and regional GM atrophy in RRMS.

"It is clear that MS is a progressive neurodegenerative disease associated with neurological disability in multiple domains Unfortunately, the EDSS does not capture the cognitive aspects of MS. The MSFC does; it has a component called the paced-auditory serial addition test (PASAT) that tests multiple domains of cognition (short-term memory, calculations, recall, attention, etc.). It is clear from this that MSers with progressive focal brain atrophy progress using both the EDSS and MSFC. Can we halt or stop brain atrophy? Some drugs are better at doing it than others."

"Would you consider choosing a drug that had an impact on brain atrophy? You may be interested in the results of the brain atrophy survey we did a few months back."

Other posts of interest on rebranding MS a dementia: