You said what is HLA?

Yesterday we were saying that MSers in Sardinia Italy have (HLA) DR4 compared to the usual (HLA) DR2 of Northern Europeans.  You asked what does this mean.

Well this is a repost

Education: What is the HLA?

The HLA means the Human Leucocyte antigen (HLA) which is also known as the major histocompatilibilty complex (MHC). This region coded on chromosome 6 determines the individuality of each of us.

This is very different between each individual because there are alot of different variants of the molecules that make up the MHC.

There are two main components these are MHC class I (HLA-A, HLA-B, HLA-C) and MHC class II (HLA-DR, HLA-DP, HLA-DQ).

The class  I molecules are made up of a variable chain and an invariant molecule called beta 2 microglobulin.

The class II molecules are made up of two chains an alpha and a beta chain.

These meet to have a cleft or a groove between them and inside this cleft sits a peptide (amino acids strung together), which is what T cells recognise. They recognise linear sequences from the protein compared to the three-dimensional structure that antibodies,typically recognise. 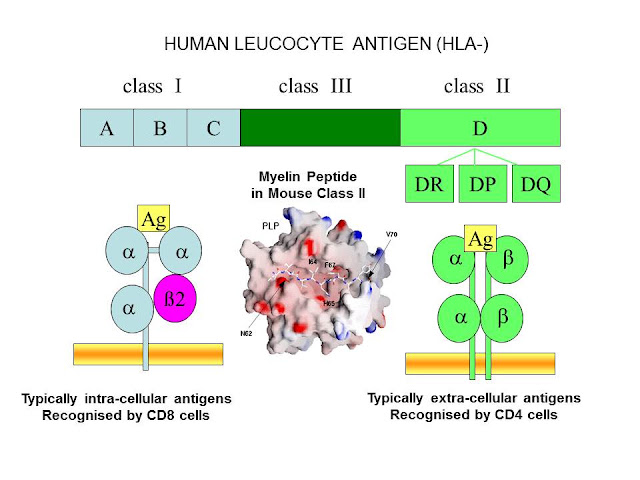 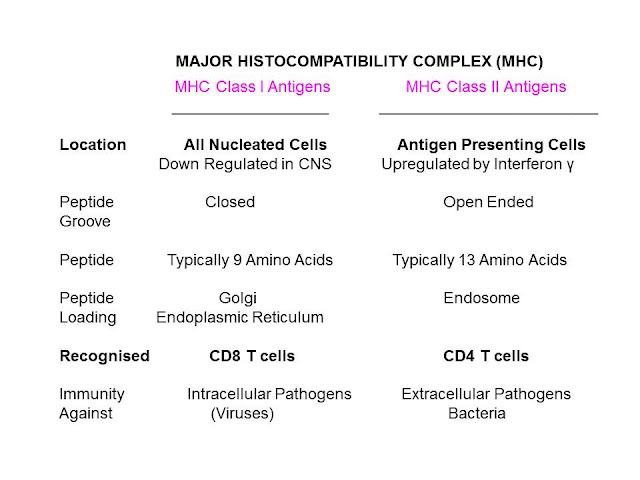 The different molecules have differnt functions but the real biology is to detect pathogens (Viruses and bacteria) inside and outside of the cell.

Whilst peptides are loaded into MHC class I in the endoplasmic reticulum, which is the place where proteins are made, MHC class II cannot be loaded because they have a blocking molecule called the invariant chain.

This is removed by a molecule called CLIP and then the class II can be loaded with peptide, but this occurs in an endosome in the cytoplasm away from the endpoplasmic reticulum. 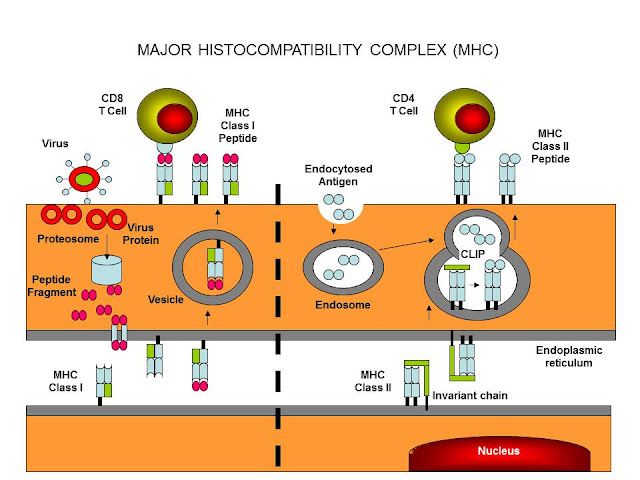 We know that the more important genetic variants linking to susceptibility to MS, reside within the MHC. This supports the concept that there is an immune component to the disease.

One of the most consistent genetic variant linked to MS susceptibility is HLADRB1*1501.(This one variant that forms the DR2 serotype-i.e. a typethat was originally defined by antibodies) This is the first beta (B) chain of  HLA-DR of the first variant of the 15th cluster of variants. HLADQb*0302 is a second variant of the the third cluster of variants of the beta chain of HLA-DQ.  This latter molecule is linked to the development of type 1 diabetes.

When a protein is broken down it is more likely to associate and load into certain MHC molecules because of their properties such as acid amino acids attach to basic amino acids. Therefore if a protein is a target for autoimmunity when it breaks down it will associate with certain MHC variants and this is how genetic linkage to disease occurs. 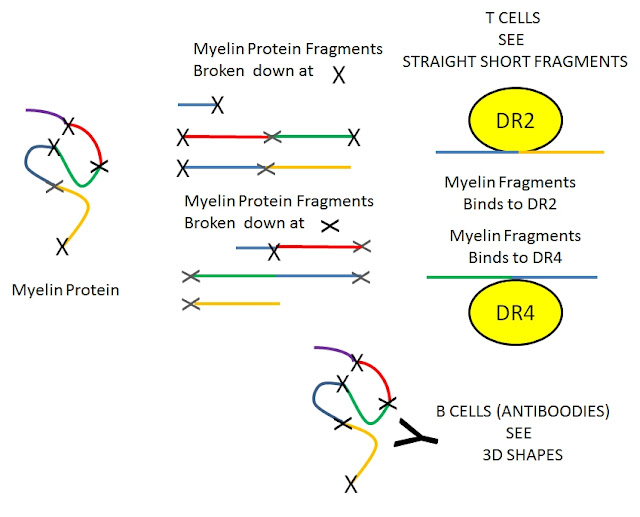 So ifsay when a protein gets broken down it gets clipped into peptides (straight coloured bits). That can preferentially associated with one type of HLA.

In MS this is often DR2. That sardinians have MS that are associated with DR4 could suggest that they are recognising either (a) a different target or (b) a different part of the same target. This could be because the genetics of the sardinians are a bit different and could say breakdown the myelin in a different way and so the peptide formed no longer binds to DR2 but it can bind to DR4 and this may be the combination that causes autoimmunity. HLA-DR4 is also associated with the development of other suspected autoimmune diseases notably Rheumatoid Arthritis and type I diabetes. It is of interest that Sardinian people also have a higher risk of diabetes as well as an increase risk of MS about 150 in 100,000 (as occurs in UK) compared to about  95 in 100,000 in central Italy, despite being an island in the Sun.