Interferons and glaterimer acetate as bad or as good as each other.

BACKGROUND: Interferons (IFNs)-beta and glatiramer acetate (GA) were the first two disease-modifying therapies (DMTs) approved 15 years ago for the treatment of multiple sclerosis (MS). DMTs prescription rates as first or switching therapies and their costs have increased substantially over the past decade. As more DMTs become available, the choice of a specific DMT should reflect the risk/benefit profile, as well as the impact on quality profile. As MS cohorts enrolled in different studies can vary significantly, head-to-head trials are considered the best approach for gaining objective reliable data when two different drugs are compared. The purpose of this study is to summarise available evidence on the comparative effectiveness of IFNs-beta and GA on disease course through a systematic review of head-to-head trials.
OBJECTIVES: To assess whether IFNs-beta and GA differ in terms of safety and efficacy in the treatment of patients with relapsing-remitting MS (RRMS). Randomised controlled trials (RCTs) comparing directly IFNs-beta versus GA in study participants affected by RRMS were studied.
MAIN RESULTS: Five trials contributed to this review. A total of 2858 participants were randomly assigned to IFNs (1679) and GA (1179). The treatment duration was three years for one study and two years for the other four RCTs. The IFNs analysed in comparison with GA were IFN-beta 1b 250 mcg (two trials, 933 participants), IFN-beta 1a 44 mcg (two trials, 441 participants) and IFN-beta 1a 30 mcg (two trials, 305 participants). Enrolled participants were affected by active RRMS. All studies were at high risk for attrition bias.Both therapies showed similar clinical efficacy at 24 months, given the primary outcome variables (number of participants with relapse (risk ratio (RR) 1.04, 95% confidence interval (CI) 0.87 to 1.24) or progression (RR 1.11, 95% CI 0.91 to 1.35)). However at 36 months, evidence from a single study suggests that relapse rates were higher in the group given IFNs than in the GA group (RR 1.40, 95% CI 1.13 to 1.7, P value 0.002).Secondary magnetic resonance imaging (MRI) outcomes analysis showed that effects on new or enlarging T2- or gadolinium (Gd)-enhancing lesions at 24 months were similar (mean difference (MD) -0.01, 95% CI -0.28 to 0.26, and MD -0.14, 95% CI -0.30 to 0.02, respectively). However, the reduction in T2- and T1-weighted lesion volume was significantly greater in the groups given IFNs than in the GA groups (MD -0.58, 95% CI -0.99 to -0.18, P value 0.004, and MD -0.20, 95% CI -0.33 to -0.07, P value 0.003, respectively).The number of participants who dropped out of the study because of adverse events was similar in the two groups (RR 0.95, 95% CI 0.64 to 1.40).The quality of evidence for primary outcomes was judged as moderate for clinical end points, but for safety and some MRI outcomes (number of active T2 lesions), quality was judged as low.
CONCLUSIONS: The effects of IFNs-beta and GA in the treatment of patients with RRMS, including clinical (e.g. patients with relapse, risk to progression) and MRI (Gd-enhancing lesions) activity measures, seem to be similar or to show only small differences. When MRI lesion load accrual is considered, the effect of the two treatments differs, in that IFNs-beta were found to limit the increase in lesion burden as compared with GA. Evidence was insufficient for a comparison of the effects of the two treatments on patient-reported outcomes, such as quality of life measures. 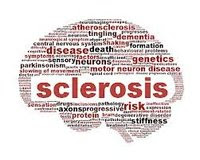 This study shows what we already know is that there is not much to choose between these two classes of drugs. The interferons seem a bit better at affecting lesions than copaxone and they cost about the same.