Cheap as chips: Azathioprine at least as good as Beta Interferon - Now what? 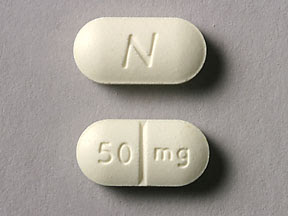 Azathioprine (AZA) is an immunosuppressive drug used in organ transplantation and autoimmune diseases and belongs to the chemical class of purine analogues. Synthesized originally as a cancer drug and a prodrug for mercaptopurine in 1957, it has been widely used as an immunosuppressant for more than 50 years.

Azathioprine acts as a prodrug for mercaptopurine, inhibiting an enzyme required for the synthesis of DNA. Thus, it most strongly affects proliferating cells, such as the T cells and B cells of the immune system.

I saw an analyst reporting there were no disruptive influences in the MS pipeline. Well, may be here is one?

The MS neurology community needs to decide what to do.  The FDA will no doubt say it was not double-blinded (only assessor-blinded).  However, this study provides an insight into how "true" drug repurposing could work.

The head-to-head trial by Luca Massacesi and colleagues suggests AZA is at least as effective as beta interferon, a licensed disease modifying drug for relapsing MS.

The question is now: What next?

Prescribe this cheap pill off-label and run the risk of not being protected should anything go wrong?

Apply for a license with legal protection for prescribing physicians, and there will be no room for shouting the playing field is not level?

But who will pay to apply and hold a license (basic application fee at the EMA: €278,500.  Annual fee to maintain a license: €99,900)? http://www.ema.europa.eu/ema/index.jsp?curl=pages/regulation/document_listing/document_listing_000327.jsp

I suppose we could do even better than Azathioprine?