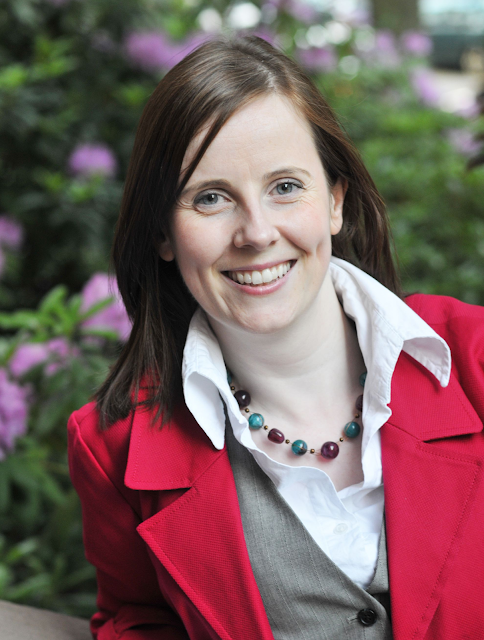 Dr Denise Fitzgerald, who herself experienced a condition similar to MS, called Transverse Myelitis when she was 21. As a result of inflammation in her spinal cord, she was paralysed in less than two hours. Dr Fitzgerald had to learn to walk again as the damage in her spinal cord repaired itself over the following months and years.

We are delighted that she has agreed to do a guest-post on her recent publication in the Journal Nature Neuroscience, which is about the subject of repair.

"This early-stage study in mouse models has identified that a subset of T cells known as regulatory T cells (Treg) are important for efficient regeneration of myelin in the CNS.

Tregs are anti-inflammatory T cells that help to resolve inflammation and we hypothesised that these cells would be beneficial in regeneration of CNS tissue that should ideally occur with resolution of inflammation.

We found that following myelin damage, remyelination in both spinal cord and brain was significantly impaired when mice did not have Tregs and this could be restored when animals were given ‘normal’ Tregs.

We next studied the effect of Tregs on brain tissue in a dish which has two key advantages; it reduces the number of experiments in live animals and it zones in on interactions between immune cells and the neural tissue itself, which helps work out how Tregs may be working.

In this brain tissue model we observed that the production of myelin was accelerated by addition of Treg cells or even just by adding products released by Tregs (the soup!).

This could have been due to the anti-inflammatory effect of Tregs because this brain tissue is in an inflamed state when it is first prepared, but even when we allowed the tissue to ‘rest’ for 7 days to allow local inflammation signals to subside, Treg soups still accelerated myelin production.

This suggested to us that these observations were very different to the classical anti-inflammatory functions of Treg so we next zoned in on target cells.

One reason for impaired remyelination is that oligodendrocyte progenitor cells can get stuck in an immature state and not develop into myelin-producing cells (oligodendrocytes).

To test this, we added Treg soups to glial cells growing in dishes and indeed observed significantly enhanced conversion of oligodendrocyte progenitor cells to ‘mature’ cells.

It was still possible however that other glial cells in the culture that are involved in inflammatory responses (e.g. astrocytes, microglia) were mediating this effect  of Treg so we turned to our collaborators in UCSF (University of California San Franscisco) to test the effect of Treg soups in pure oligodendrocyte progenitor cell cultures. We were very encouraged when they reported back that not only did Treg soups drive the development of mature oligodendrocytes but also myelination of neurons in culture!

Together, these sets of experiments identified that Treg were directly signaling to progenitor cells in the CNS, to carry out a function very different to known anti-inflammatory roles.

The next key question was  - how were Tregs promoting oligodendrocyte differentiation? As immunologists, our natural choice would have been to test for known immune products of Treg but we were trying to work out a ‘regenerative’ mechanism of Treg. Hence, we chose to measure around 50 proteins known to be involved in regeneration of other types of tissue instead.

It was through this approach that we stumbled upon CCN3, a protein that was not known to be produced by T cells of any type or to have an effect on oligodendrocyte progenitor cells.

CCN3 is a complex protein, structurally and functionally, and for this reason we took two approaches to studying whether CCN3 was important in Treg-driven oligodendrocyte differentiation and myelin production.

We first added an antibody that would bind to (and potentially neutralise) CCN3 in Treg soups and we also captured the CCN3 and removed it from soups using beads and magnets.

In both cases, the capacity for Treg soups to promote oligodendrocyte differentiation and myelination was significantly impaired, identifying a key role for CCN3. Finally, we added the captured CCN3 to brain tissue in a dish and found that this was sufficient to drive myelin production.

In summary, in mouse experimental models we have identified a new role for Treg in promoting myelin production in the brain and spinal cord and a key part of this mechanism is CCN3, though there are likely other mechanisms also (T cells rarely rely on just one way of doing things!).

While we are very excited about the possibilities that these discoveries open, we do not want to raise false or premature hope.

This is an early-stage study done entirely in mice. We don’t yet know how much of this translates to humans (we have started this) or how realistic it will be to make a remyelinating treatment from this knowledge.

These are all questions we are addressing with support from the Wellcome Trust and BBSRC (Biotechnology and Biological Sciences Research Council) and the new Northern Ireland MS Research Network of patients, scientists and clinicians, through which we are recruiting 300 volunteers that are kindly providing blood samples for our work.

As an immunologist, one of the most positive aspects of this study was how much support we received from our neuroscience collaborators particularly Robin Franklin, Jonah Chan and Anna Williams.

This international team helped our team of immunologists to set up a range of CNS experimental models in our lab, shared protocols, performed experiments, hosted our visiting scientists and generally kept us right on all things ‘oligodendrocyte’!"

You can read the paper here