More on B cells.We don't all have the same ideas. Who is right?

We don't normally report on reviews. But we have a couple of recent ones


Multiple sclerosis (MS) is a chronic inflammatory disease of the CNS, and one of the most common causes of disability in young adults. Over the last decade, new disease modifying therapies have rapidly emerged, including monoclonal antibodies (mAbs) that have provided highly targeted therapies with superior efficacy compared to platform therapies. In particular, monoclonal antibodies directed against CD20-positive B cells have shown remarkable results in recent clinical trials, and renewed interest in the mechanism of B-cell depleting therapies to ameliorate relapse activity and progression in MS. In this manuscript, we will review the mechanisms of action and clinical evidence of approved and emerging mAbs, with a focus on B-cell targeted therapies 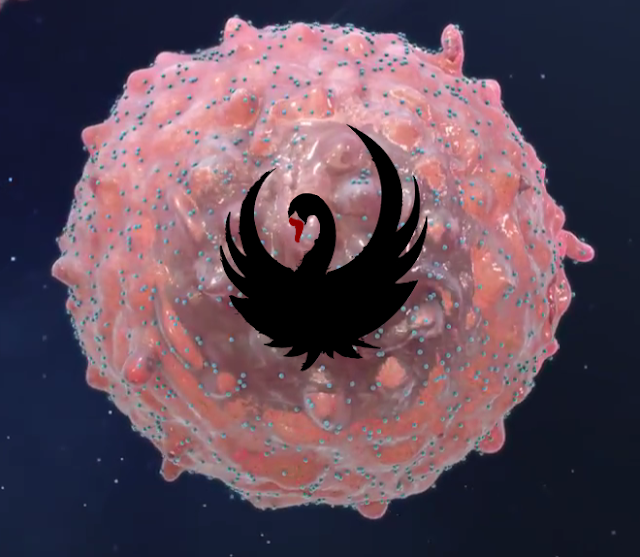 We did the same but came to very different conclusion.
Here it is all to do with B cell regulatory function rather
than B memory function.

If you work in percentages if one goes down (Memory B cell subsets) the others (Regulatory B cells) must go up.

This has gained some Interest on the Blog as it becomes evident that this subset of Bcells is infected by Epstein Barr Virus.

Maybe there are alternative explanations to the view that B cells help T cells do it all.

Following dogma can lead us down a garden path, as we will see as the next part of the equation eventually surfaces.

However, this thought does not even occur on some people's radar
So here is a standard view

"Anti-CD20 therapy acutely depletes CD20+ cells in the periphery, but only causes a delayed and modest decline of circulating antibodies.CSF studies with rituximab revealed decreased T-cell and B-cell counts, whereas intrathecal IgG production was relatively spared. For these reasons, depletion of pathogenic antibodies might not be the dominant mechanism of action of ocrelizumab in multiple sclerosis, although this cannot be totally excluded".

"Overall, it seems plausible that anti-CD20 therapy partly acts by eliminating the potent antigen-presenting function of B cells, a view supported by animal experiments. Furthermore, B cells produce many pro-inflammatory and anti-inflammatory cytokines. Profound B-cell depletion might therefore lead to changes in the cytokine network, dampening pathogenic T-cell responses and thereby contributing to the beneficial effect of anti-CD20 therapy in multiple sclerosis".

"Lastly, it should be noted that anti-CD20 therapy is not entirely specific for B cells, as it also depletes CD20+ T cells, which are about 5% of blood T cells".

Whilst our review accommodates all these views, it gives an opinion and then it puts the focus in a very different direction. As memory B cells are not really mentioned. However, again we see that animal studies again tell us how MS drugs work.

Although I am aware that the animal studies support such a mechanism, I personally think the data from treatment of animals with anti-CD20 is weak.

Should we do a critique of the animal data?

If the animal data is on shaky ground, where does it leave the hypothesis?